Motivated by a promise made to Nelson Mandela to tell his story as a “true son of Africa”, President of the International Court of Arbitration and Mediation Kamil Idris has written and published his memoir, ‘My Nile Odyssey’. 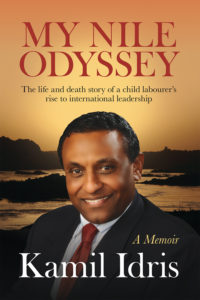 From growing up in Sudan as a child labourer, battling crocodiles and pirates, and surviving terrifying rooftop train journeys across the desert, to heading up one of the UN agencies, Professor Kamil Idris’ life story is one of a remarkable journey and inspiring leadership.

Motivated by a promise made to Nelson Mandela, not long before the former South African President’s death, to tell his story as a “true son of Africa”, Kamil has written and published his memoir, ‘My Nile Odyssey’, chronicling his early life in Sudan, his studies in Khartoum, Cairo, Ohio and Geneva, and later his professional development with the United Nations.

However, much of the book focuses on Kamil’s childhood in Sudan, blighted by tragedy and hardship, but also encouraged by the many warm-hearted and humble figures and mentors in his life, who spurred him on to higher learning and achievements, all set against the reassuring presence and backdrop of the mighty River Nile.

“When I met Nelson Mandela, I think he knew that he was dying and wanted to share with me his vision for the future, for the whole world,” Kamil Idris explained. “He felt my optimistic faith in human nature echoed his own, and that a positive, uplifting message of brotherhood, reconciliation and compassion could be a powerful antidote to intolerance, racism and bloodshed. I was humbled by his confidence in me, and I hope this memoir honours his wishes.” 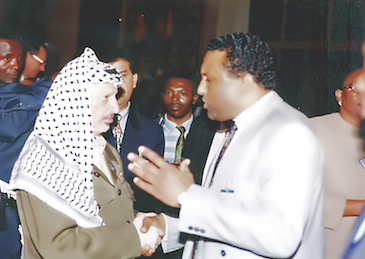 In 2010, Professor Idris stood as a Presidential candidate in his native Sudan, but was later placed under house arrest and received death threats. The former Prime Minister of Sudan, Imam El-Sadiq El-Mahdi (1966-67 and 1986-89), has written the foreword to the memoir, citing the role it could play in the ongoing cultural enlightenment of Sudan and the wider world. El-Mahdi describes My Nile Odyssey as “a testimony to the achievement of the human spirit in overcoming adversity and a testament to the importance of self-discipline, the hunger for knowledge and the universal values of brotherhood that transcend nationality and religion.”

Scholar, international statesman and polymath, Kamil Idris has published an extensive range of books on intellectual property, political science, philosophy and international law and development, including ‘A better United Nations for the new millennium’. He lives with his family in Durham, north east England.

My Nile Odyssey is published as a hardback book by UK Book Publishing and is available on Amazon UK, Amazon US and other online retailers.